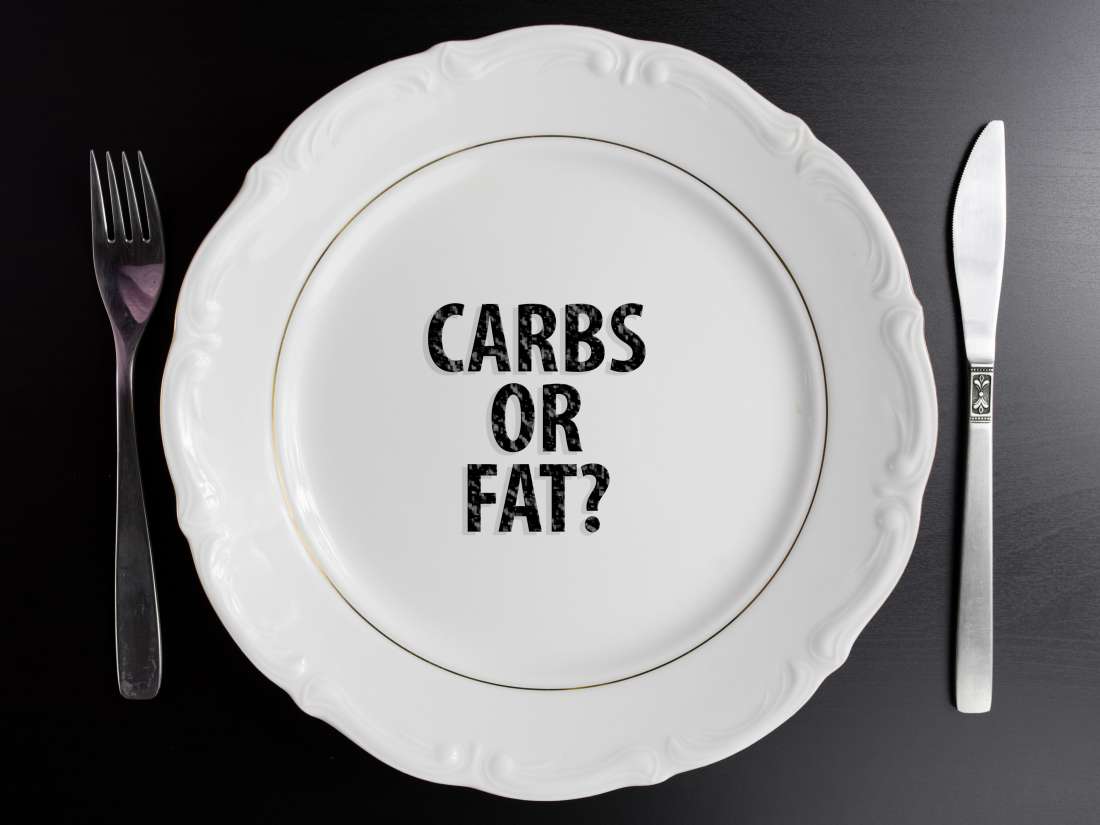 With so many diet types to choose from, how do we know which one will suit us best? One problem that may face us is deciding whether to go low-fat or low-carb. What does research have to say about it?

Share on PinterestOne of the most difficult decisions when it comes to weight loss diets is picking one that will work well for you.

Keto diets, Mediterranean diets, fasting diets — there are so many options out there for people who want to lose weight.

However, choosing a diet is tricky; how do we know which one will work best for us, or if the diet will work at all?

Researchers at the Stanford University School of Medicine in California have recently conducted a study exploring one key aspect of this “best diet” question — whether low-fat or low-carb diets are more effective.

What lead study author Prof. Christopher Gardner and colleagues found, however, might only make the matter more complicated.

“We’ve all heard stories,” says Prof. Gardner, “of a friend who went on one diet — it worked great — and then another friend tried the same diet, and it didn’t work at all. It’s because we’re all very different, and we’re just starting to understand the reasons for this diversity.”

Prof. Gardner and team worked with 609 people aged 18–50, with an almost 50:50 male-to-female ratio. The participants were split into two groups and randomly assigned one of two diets: low-carb or low-fat. All of the study participants followed their assigned diet for a full year.

The results of the researchers’ study are now published in the journal JAMA.

In order to gain a better understanding of the factors that might drive weight gain and weight loss, Prof. Gardner and team also sequenced the participants’ genomes. In doing so, they looked for gene patterns that they could associate with the effectiveness fat or carb metabolism.

Another test measured all the subjects’ insulin levels, which have previously been associated with weight gain in some people.

For the first 8 weeks of their respective diets, the participants were instructed to consume no more than 20 grams of either fats or carbs per day. This, the authors explain, would be the equivalent of one and a half slices of whole-wheat bread (for carbs) or a large handful of nuts (in the case of fats).

From the second month of their diet onward, the participants were allowed to make adjustments as needed, adding back 5 –15 grams of either carbs or fat, little by little.

The purpose of these adjustments was to encourage the participants to strike a nutritional balance that they would be comfortable adhering to in the long run, beyond the “confines” of the study.

“We wanted them to choose,” says Prof. Gardner, “a low-fat or low-carb diet plan that they could potentially follow forever, rather than a diet that they’d drop when the study ended.”

Participants lost an average of 13 pounds over the 1-year period. The scientists were pleased with the impact that the study had on the participants’ dietary health, stressing that one of its main achievements was to encourage them to switch to healthful sources of fats and carbs.

“We made sure to tell everybody,” adds Prof. Gardner, “regardless of which diet they were on, to go to the farmer’s market, and don’t buy processed convenience food. Also, we advised them to diet in a way that didn’t make them feel hungry or deprived.”

After measuring participants’ baseline insulin levels and weight loss progress throughout the study, the researchers saw that although they had all transitioned to more healthful eating habits, there was still a lot of individual variance when it came to weight loss.

Thus, while some participants lost more than 60 pounds, others gained 15–20 pounds. However, the researchers were unable to find any links between gene patterns or insulin output and a person’s likelihood of thriving on a low-fat versus low-carb diet.

“This study closes the door on some questions — but it opens the door to others. We have gobs of data that we can use in secondary, exploratory studies,” Prof. Gardner notes.

The researchers’ next step from here, therefore, will be to look at all the different data collected throughout the current study and try to understand how individual dietary needs might be calculated in the future.

“I still think there is an opportunity to discover some personalization to it — now we just need to work on tying the pieces together,” says Prof. Gardner.

In the meantime, the researchers encourage people on a weight loss journey to just be more mindful about what they eat, since that will be the first step to a more healthful lifestyle.

“On both sides [referring to low-carb and low-fat dieters], we heard from people who had lost the most weight that we had helped them change their relationship to food, and that now they were more thoughtful about how they ate,” Prof. Gardner concludes.