You’ve inevitably heard of a low-carb, moderate-protein, high-fat ketogenic diet by now. You know, the one that supposedly delivers a host of head-to-toe benefits by putting your body in a metabolic state known as nutritional ketosis. But what are the legitimate science-backed benefits? How can your body function (or, as some experts claim, even thrive) without carbs? How long does it take to get into ketosis? And, most importantly, what can you eat?!

The truth is, there’s a lot to unpack when it comes to keto—but rest assured, you’re in the right place. Here, consider this your ultimate beginner’s guide to this low-carb way of eating.

What is the ketogenic diet?

At its simplest, the ketogenic diet is a diet that allows the body to transition into and sustain a state of nutritional ketosis, where the body has flipped its metabolic switch from using glucose to using fats and ketones for fuel. In this way, a keto diet is essentially mimicking what happens to our bodies when we fast. In fact, the origins of the ketogenic diet date back to 1921, when Russel Wilder, M.D., of the Mayo Clinic developed it as a more sustainable alternative to fasting for treating epilepsy.

The diet is high in fat, moderate in protein, and very low in carbohydrates. What the diet does is suppress insulin, just like fasting would. The only difference is that it’s the fat from the diet fueling ketone production, whereas during starvation, ketone production is fueled by stored body fat. That said, if you are eating a ketogenic diet in a calorie deficit or practice some variation of fasting, you will be able to tap into those fat stores.

The suggested ratios of macronutrients on a keto diet can vary among individuals, but typically fall within the ranges of:

What this looks like is no more than 50 g of total (not net) carbohydrates, roughly 1-1.8g of protein per kg of lean body mass, and fat to make up the remaining calories (or eaten to satiety). In addition to a ketogenic diet, practicing intermittent fasting can make maintaining ketosis relatively easy.

What exactly is nutritional ketosis?

Nature figured out around 2 million years ago that if we were going to survive as a species we would have to find a way to live without constant access to food. Inevitably, we would need an alternative to our primary fuel source, glucose, otherwise we would wither away trying to keep up with the energy demands of the brain.

Through evolution, the body learned how to capitalize on its large energy reservoir of something people go to extreme lengths to eliminate today, but which allowed our species to thrive—body fat. When glucose dwindles from our blood and further from what’s stored in the liver, most cells in the body can switch over to using fat for fuel. However, since fat doesn’t cross the blood brain barrier easily, the brain doesn’t have this metabolic flexibility, and so begins the narrative of ketosis.

Ketosis is the metabolic state defined by an elevation of blood ketone bodies. Clinically, it is defined as an elevation of the primary ketone body, beta-hydroxybutyrate (BHB), in the blood at levels at or above 0.5 mM.

The combination of low glucose and the inability of our brain to use fat for fuel paints a clear picture for why an alternative fuel source that could be used by the brain was so critical to our species’ survival. The solution to this problem lies in the liver, and its controller insulin.

Picture insulin as the gate-keeper to our stored body fat. When it’s around, fat stores are off limits; when it drops, we can finally release fatty acids from stored fat, which are then sent off to the liver. While there’s a bit more to the story, this drop in insulin and influx of free fatty acids is ultimately what sparks ketone production in the liver. The liver then sends these ketones into circulation for their final destination in the brain, as well as various other locations in the body. Ketones are the brain’s only significant alternative fuel source to glucose, and they’re the reason we are able to go days, weeks, even months without a single bite of food.

How long does it take to enter ketosis?

Fuel source: Ketones from stored body fat and/or dietary fat (ketogenesis) – this stage overlaps with gluconeogenesis as the body progressively shifts towards ketosis

Remaining time on the keto diet

What to eat on a ketogenic diet.

Here are the basic keto-friendly foods you want to focus on with a ketogenic diet to provide your body with ample fat, some protein, and minimal carbs (while still getting in plenty fiber):

What to avoid on a ketogenic diet.

Avoiding these foods is key to keep your carb count low enough to enter a state of ketosis.

Benefits of the ketogenic diet.

The ketogenic diet is known to have an appetite suppressing effect. This is largely due to eliminating the fluctuations in glucose and insulin typical of a carbohydrate-based diet. Think of it this way: When you are in ketosis, you essentially have access to unlimited fuel, since you’re wearing it! Not to mention that fat in combination with protein is very satiating, meaning that it can keep you full for longer bouts of time. You will likely find you don’t need to eat as frequently throughout the day, and fasting becomes easier. This can inadvertently create the calorie deficit you’re after, if you are trying to shed some pounds.

We would be remiss not to mention the brain when it comes to the benefits of ketosis. The brain thrives on ketones, due to a wide array of mechanisms from energy metabolism to the signalling roles of ketones. There are many neuroprotective properties of ketones such as enhanced brain energy metabolism, reduced neuroinflammation, and the calming effect ketones can have on the brain. These benefits are even more pronounced as we age and may offer protection against various age-related neurodegenerative diseases. New science is constantly emerging on how ketones may be therapeutic against various other neurological disorders, such as anxiety, depression, and migraines.

Appetite isn’t the only thing that trends with glucose and insulin levels…energy can too. Being reliant on glucose for fuel may translate to fading energy levels between meals. If you are one of those people that would do anything for that post-lunch nap, the ketogenic diet may help! Energy is less likely to fluctuate throughout the day when in ketosis, again due to constant access to a superior energy source.

With the staggering rates of metabolic diseases plaguing the developed world, lifestyle choices that improve how sensitive we are to insulin can be powerful tools. Insulin resistance is tied in one way or another to practically all modern chronic diseases, and the ketogenic diet has been shown in several studies (like this one and this one) to improve glucose control by of course lowering glucose exposure but also by improving our sensitivity to insulin. This can have long-standing benefits on our overall health and wellbeing.

Possible side effects of the ketogenic diet.

Electrolytes such as sodium, potassium, and magnesium, play crucial roles in the body, balancing and maintaining various biological functions. On a ketogenic diet, there is the chance you’ll run into symptoms of electrolyte imbalances, such as muscle cramps, headaches, or fatigue. These symptoms are associated with what most refer to as the “keto flu.” This can occur because low insulin levels, due to the carbohydrate restriction of the ketogenic diet, trigger the kidneys to hold onto less water, causing a loss of not only fluids but electrolytes as well. To avoid any electrolyte imbalances, liberally salting your food or taking an electrolyte supplement can circumvent this potential problem!

Explosive, high-intensity exercise has a large demand for glucose, as glucose is actually a quicker fuel than ketones. This includes things like sprinting, HIIT, and any type of sport that requires short, quick explosive movements. Because the ketogenic diet restricts carbohydrates, and therefore any appreciable supply of glucose, this type of exercise, at least when performed at high levels, may take a hit. With that said, giving your body a period to adapt to ketosis, something known as keto-adaption, can enhance the body’s fuel utilization during exercise, and may bring things back up to speed… literally. Note: keto-adaptation can take anywhere from four weeks to six months.

Weight loss was probably what drew you to the ketogenic diet in the first place, but for those who are using the diet for other reasons and starting off at an already healthy weight, weight loss might be something to avoid. The easy solution is to know going in that the diet can produce weight loss, and to be conscious of eating enough calories for your body’s needs.

If you want to know if your body is truly in a state of nutritional ketosis, you have a few options for testing. That said, definitely do not stress over ketone readings—try to judge how the keto diet is working for you based on how you feel!

How to start a ketogenic diet: 5 tips for beginners.

There really is no right or wrong way to start a ketogenic diet. You can ease into it, eliminating carbohydrates from the diet slowly, or dive in head first and cut them out entirely. People tend to overthink the ketogenic diet—we get it, it’s intimidating!—especially if you are switching from a very carbohydrate-heavy diet. But you should get the hang of it pretty quickly by following these tips.

Bottom line on the keto diet.

As you can see, the keto diet has legitimate health benefits and doesn’t have to be overly complicated or restrictive (there’s plenty of room for loads of fibrous veggies on your plate). It also makes sense from an evolutionary perspective. But the truth is, everyone is different, and because of this, you may find you need to tweak your keto approach slightly after evaluating how you feel on a more conventional ketogenic diet. For example, women may want to practice carb cycling once a month to support healthy hormone production and minimize side effects.

And, as always, if you have any concerns or are dealing with a specific health condition, talk to your doctor or registered dietitian (ideally one who is well-versed in using low-carb diets with their patients) before implementing a ketogenic diet.

Learn the basics of the keto diet, how it was developed, how it works, 13 tips for success, foods to enjoy, and more. 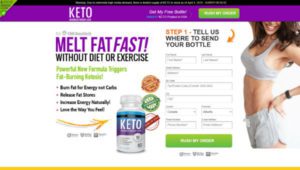 Get Your Custom Keto Meal Plan for Less Than 5% of What You Would Normally Pay. 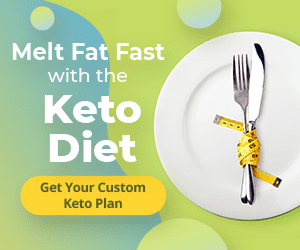 Related articles to support you on your keto journey:

Ready to learn more about how to unlock the power of food to heal your body, prevent disease & achieve optimal health? Register now for our FREE web class with nutrition expert Kelly LeVeque.