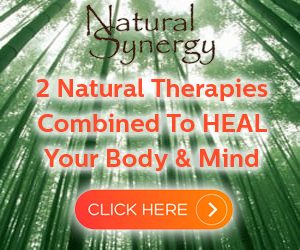 “Concerning matter, we have been all wrong. What we have called matter is energy, whose vibration has been so lowered as to be perceptible to the senses. There is no matter.” ~ Albert Einstein

This means that everything in the universe is energy… just different manifestations of it.

On an atomic level; your body is a sea of energy – vibrating at different frequencies.

Einstein knew it… and so did his adversary; the genius and energy pioneer Nikola Tesla – who was quoted saying:

“If you want to find the secrets of the universe, think in terms of energy, frequency, and vibration.”

This is also the secret to excellent health.

You can use energy, frequency, and vibration to heal a vast range of diseases… as well as chronic pain.

This energy-based natural therapy is Acupuncture: the ancient and powerful technique that has helped millions of people around the world to heal and continues to do so.

We all know somebody… or have at least read of a celebrity who swears-by the healing effects of acupuncture.

Most people don’t know that acupuncture (and other acu-therapies) is the practice of manipulating energy within your body.

The cornerstone of these acu-therapies is that our bodies contain a flow of energy that needs to circulate. The Chinese call this energy flow ‘Qi’ (pronounced ‘chee’). Qi is the energy force that supports all life. The Japanese call it “Ki”, Guru’s of India call it “Prana” and some Polynesian cultures call it “Mana”.

Qi needs to circulate through our bodies freely for us to maintain our physical and mental health.

Qi circulates through the body via our meridian lines.

Should our energy flow (Qi) slow down in one or more of these meridian lines, or there is a blockage in our meridian system, an imbalance will occur. And if not treated, pain, illness, and disease will manifest.

Chinese medicine restores the natural flow of energy with the stimulation of specific pressure points (also known as acupoints).

Acupoints are like little whirlpools of energy that are dotted along your meridian lines.

By stimulating specific acupoints, a burst of energy will restore the circulation of a blocked meridian. This restores balance and harmony; which helps the body heal itself.

Many studies have proven the Meridian system. But one of the most popular was conducted by French Physicians Jean Claude Darras MD and Professor Pierre de Vernejoul.

They injected the isotope tracer Te99 into the acupoints of volunteer patients and then monitored the tracers movements using a gamma imaging camera.

The tracers travelled along the exact meridian lines within minutes after injection.

To challenge their findings, they injected non-meridian points – finding that the tracers simply pooled up and remained in the same spot.

Interestingly, tracers flowing through diseased parts of the body slowed down dramatically or stopped – compared to a fast flow around healthy parts of the meridian system.

Some skeptics dismiss acupressure citing the “placebo effect” – where 30% of people will be shown to heal in experiments when given a sugar pill instead of the “real medicine”. However, the placebo effect has been debunked because all kinds of animals – who can’t comprehend suggestion, also respond incredibly well to the healing properties of acupoint therapy.

Acupuncture isn’t the only means of treating blocked Qi…

Electricity also an effective means to stimulate Qi within the meridian system.

Chinese doctors combine electricity with acupuncture to achieve faster and longer-lasting relief, but the prospect of electrified needles puts a lot of people off.

You can also use finger pressure instead of needles, this is called acupressure. Acupressure pre-dates acupuncture and is equally effective. The Chinese were using it well before they had the technology to make needles.

Many people prefer acupressure because it can be practiced by yourself at home without having to worry about the dangers of needles.

Using the science of Entrainment (not entertainment!) you can use frequencies to restore your meridian system back to its natural state.

You have probably heard of the concept of entrainment before but not the name of it. Entrainment is defined as “a synchronization of two or more rhythmic cycles” – it’s a law of physics: when two objects are entrained with each other, they expend less energy.

It is this phenomenon that causes:

It doesn’t stop at biology. Entrainment happens with machines too – such as clocks to electric driers.

Entrainment can also be defined within: Physics, engineering, biomusicology, hydrodynamics and also brainwaves.

Modern medicine uses sound frequencies for many different applications. The most widely known use is ultrasound.

The meaning of the term “ultrasound” is an acoustic tool that uses a sound frequency higher than a humans hearing capabilities (20,000 Hz +).

This same principle is used for non-evasive surgery. Ultrasound frequencies are used by doctors to reduce joint pain and inflammation.

But the newest form and most effective form of acu-therapies is the combination of acupressure with bio-frequencies.

Acu-Frequency is equally effective as electro-acupuncture, but because you aren’t dealing with electric needles, you can easily treat a host of nagging ailments – especially chronic pain, incredibly quickly.

Because it is so easy to apply – and safe, you can use it at home, at work, in the car, on the bus… anywhere.

You can expect fantastic results using either practice (acupressure or entrainment therapy) on its own, but combining them gives you an unprecedented ability to heal and restore your body and mind.

Follow this link right now to see what I’m talking about: